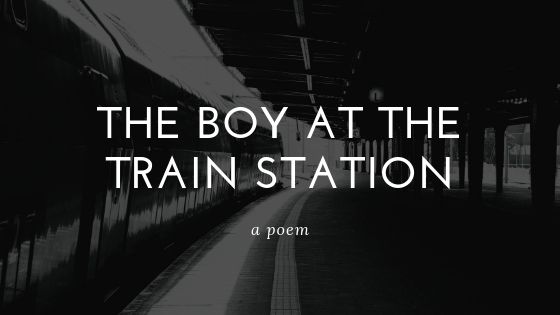 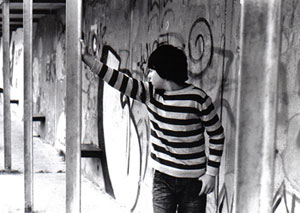 ‘The Boy at The Train Station’ is a poem I wrote, which features in the January 2010 issue of AMULET (print issue / AMULET features 12 carefully chosen writers each month to be presented to the literary public).

Here it is, because it’s one of my personal favorites, lol.

The Boy at The Train Station

I only saw him for two fifths of a second.
I wish I had for longer.

He was seated on the floor, against a wall.
Nobody saw him.

He remained unseen as commuters streamed out.
People were rushing, talking on their cell phones,
laughing with their friends and colleagues.

Station officers.
Students in uniform.
Business people with their laptops.
Fashionistas in their heels and make-up.
No one looked sideways or turned their heads for
a backward glance.

He wore a baseball cap back to front.
An oversized black T-shirt, battered Vans sneakers.
His fringe had streaks of faded red.

His head was bowed low; his arms circled round his
propped up knees. He was alone, he was quiet, and he
was crying.

Boys cry, but it’s not often that I actually see them do.

He seemed oblivious to the crowd, to the endless
stream of people stepping and moving out of the train
station. He could have been there for hours, or he
could have just gotten there.

I wanted to ask if he was all right. I wanted to go up to
him and ask, “Do you need any help?”

I had the time; I could listen.
I might not be able to fix the matter (or matters)
down to the last detail,
but I knew how important it was to simply
have someone,
be there.

Like the rest of the human traffic, I didn’t stop.
I made a turn to go up the escalator,
to the world of more traffic and people,
outside.

I moved on without ever letting him know that

I had
seen him.
That I did care.
That if I could make a difference,
I would have been happy to do so.

5 thoughts on “The Boy at The Train Station”