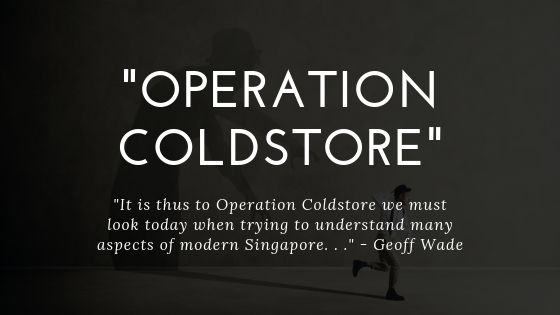 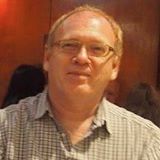 Prof. Geoff Wade is a Canberra-based author, researcher, and historian.

He worked in Singapore for a number of years, first at NUS and then at ISEAS.

Here are some excerpts of his writings on Singapore.

This article takes a look at the social costs incurred in the pursuit of transforming Singapore into an economic miracle.

“The party-state tightly controlled every aspect of social existence and claimed that it could represent the interests of all citizens. The resultant malleable, fearful and supine population served the needs of the People’s Action Party (PAP), and while this was useful for economic development, it was less than efficient in creating sentiments of loyalty or patriotism.

With the lower levels of society serving the interests of the elite, there was little intrinsic group loyalty, and money had to serve as a poor substitute. Indeed, the degree to which the political arrangements and structures instituted by Lee Kuan Yew have warped Singapore society remain largely unexplored in mainstream media.

Singapore Inc.’s spin-doctors’ tales solely of positive manifestations of economic development continue to hide the damaging social effects which his autocracy has had on every aspect of society.”

(2) Excerpt from The 1963 Operation Coldstore in Singapore
[Contributor: Geoff Wade]

“The police operation known as ‘Operation Coldstore’ was carried out in Singapore in the early hours of 2 February 1963. Through it and the more than 113 arrests and detentions it entailed, the political left of Singapore was eviscerated. The operation and the events leading up to it remain woefully understudied and underdocumented.

This is particularly so given their palpable importance to both the process of the establishment of the Malaysia state and to the creation of virtually every aspect of modern Singapore. The sensitivity of the topic even today is obvious from the scant attention the operation is given in Singapore’s own history writing, both official and otherwise. This is also reflected in other official accounts of the period. . .

. . .We thus see why secrecy and sensitivity continue to surround the issue of Operation Coldstore even today. The arrests and detentions made under the operation were intended to ensure that the British policy of Greater Malaysia was realised, and that the PAP was able to achieve dominance in the political sphere of Singapore.

The documentary trail leading up to Operation Coldstore suggests that the Singapore prime minister [LKY] accepted conditions for merger which were grossly disadvantageous to the people of Singapore in order to secure continued support from the British, that he conducted a referendum on the issue in ways which even the British termed ‘devious’, continually misrepresented himself and his positions to the PAP members, and utilised Operation Coldstore to remove his political opponents and ensure future political dominance. The fear instilled and pretexts created during Operation Coldstore continued to be employed by the PAP in the subsequent decades of Singapore’s development.

By eliminating credible political opposition through indefinite detention without trial, Operation Coldstore essentially created the conditions where a single political force could dominate every aspect of the Singapore polity. In addition, the maintenance of policies and laws mandated and utilised during the period leading up to and during Operation Coldstore has proven effective in ensuring that no effective political alternatives have subsequently been able to emerge or grow.

It is thus to Operation Coldstore we must look today when trying to understand many aspects of modern Singapore, and particularly how Singapore has become an essentially one-party state, where a single political force controls and dominates every aspect of social existence — from the political to the economic, from defence to internal security, and from education to social policies, and has done so since 1963.”