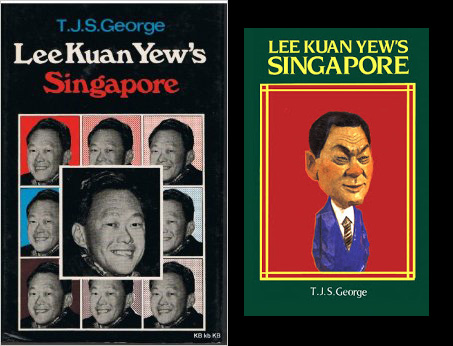 An online blurb describes this book as “a penetrating analysis of the policies and predilections of [this] controversial leader.”

The table of contents accurately reflects the sequential and exciting tone of the content:

As someone born in the late 80’s, a lot of the details were new to me upon my first read of the book from cover to cover.

What is fascinating about the book is that it was published in 1973. The author displays an uncanny ability of astute perception and prediction for Singapore’s style of government and political situation in the ensuing decades since the book was first written.

The first half of the book is akin to a comprehensive history lesson of Mr Lee Kuan Yew’s background and subsequent ascent to power. The author takes a careful and perceptive look at LKY’s actions to come to the conclusion that Lee’s concept of Singapore is partly “a way of [making] a society in his own image — the projection on to the national scene of an individual’s complex psychological problems.” This is justified by the Singapore of the 1970s mirroring “not the collective aspirations of a people or a generation but the ideals, convictions and prejudices of Lee Kuan Yew.”

The first notable aspect of the book is how it reveals the destructiveness of one man’s (and by extension, one party’s) policies and actions upon an entire nation, society, and generations of citizens. The author sticks to the facts with a writing style that displays lively touches of wit and humanity, so the reader is presented with a “study of Lee in action,” instead of a frenzied personal attack.

Chapter 7 and Chapter 8 were particularly outstanding for the thorough and well-selected cases that showcase the extent of Mr Lee’s policy of repression, with respect to any form of dissent or sharp criticisms.

In a brief yet comprehensive manner, the author analyses various contradictory statements by Mr Lee; the sequence of events associated with Operation Coldstore; the application of the Internal Security Act to dispose of political rivals; the subsequent treatment of political opponents and/or prisoners; and how all aspects of the state were subjected to government control (from the education system, to the mass media, and the rule of law, in order to cast “Singaporeans in a carefully prepared mould”).

The second notable aspect of the book is its prophetic nature. T.J.S. George foresaw that the “prosperity” Lee heralded would be “accompanied by deterioration in the quality of life.”

To casual observers and citizens who are impressed enough by “Singapore’s apparent glitter,” this deterioration in the quality of life would seem to be a misnomer. The last chapter of the book reveals how LKY’s “dictatorial” practices disregard “the citizen’s right to respect and equality, that basic right which enables each ‘digit’ in a social whole to stand up and express his views.”

The book shatters many myths with regard to the state of democracy and civil rights in Singapore. Above all, it gives an insightful account of the side of Mr Harry Lee Kuan Yew which will not be seen in state-sponsored portrayals of the ruler as a faultless man.

A quote from a blog post by the author to end off this review:

“The West has spread the impression that Singapore’s Lee Kuan Yew is Asia’s outstanding economic miracle man while Malaysia’s Mahathir as a cantankerous ogre, hater of white people and dictator to boot. Both are dressed up portraits. What makes Mahathir special is that while pursuing economic progress he never lost sight of the larger picture of human values. That cannot be said of Lee Kuan Yew and certainly not of Indonesia’s Suharto or Thailand’s Thaksin Shinawatra.”
— TJS George (June 2011)

T. J. S. GEORGE is a former political editor of the Far Eastern Economic Review and the founding editor of Asiaweek (Hong Kong). He is a writer and biographer who received a Padma Bhushan award in 2011 in the field of literature and education. A veteran senior journalist and one of the best known columnists in India, he continues his fight against social injustice, corruption and political anarchies through his columns.