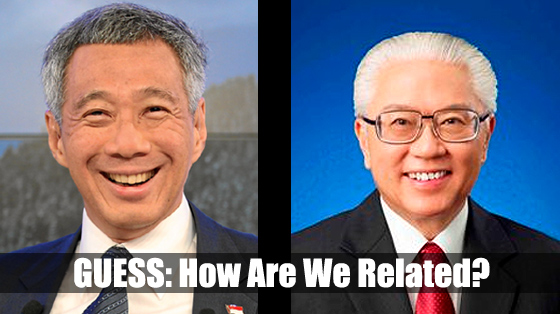 * Chart and verification below. If readers know of any inaccuracies, please contact me to verify the data. Thank you :) 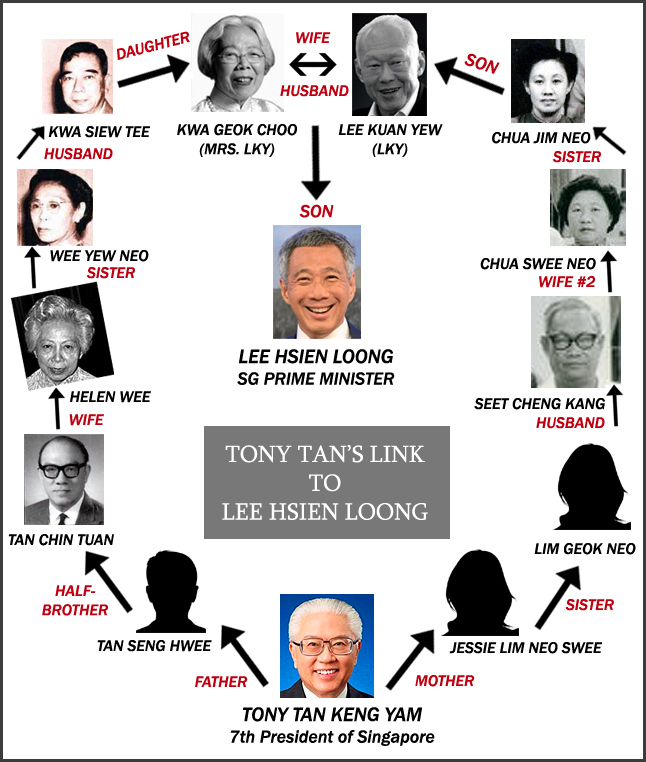 6. Jessie Lim is the sister of Lim Geok Neo, who is the wife of Seet Cheng Kang.

Lim Geok Neo is the only portion in the family tree where I could not verify the information from more than one reliable source. However, the Geni profile for Lim Geok Neo was added by a family member (private profile), and is currently being managed by a fellow family member (Jimmy Seet).

8. This means that Tony Tan is related to Lee Hsien Loong through the family members of both Mr. and Mrs. Lee Kuan Yew.